From the beginning  of  January (Term 2), I have been taking part in the Role Playing Lab at VFS. The RolePlaying Lab consists of weekly sessions in which we meet to play table-top RPGs.

In the case of my group, we are playing a Dungeons & Dragons 3.5 campaign.

Although I have heard a lot about them, I had never got the chance to play a table RPG before. In some way I am glad because now I learned how to do it with an amazing Dungeon Master! Funny enough, our Dungeon Master is a VFS Graduate himself. Diego R. Pons graduated way back in 2006, in the 4th Game Design Class ( we are in the 40th class), and currently works at Next Level Games. Our DM plays all characters incredibly well, and is able to provide us with a deeply immersive experience both with his performance and the soundtrack and images he prepares.

I have always wanted to play D&D but it ended up always being impossible to find the right people with enough time and dedication for it. With this I finally got to play with a group of people that are really invested in both playing and learning this genre. And yes I said “learning”, after all this is a Lab and there’s a point for it being so. (Although I assure that this is one of the best ways to learn)

Roleplaying games, and games in general, have come a great way.  Personally I love RPGs, both online and offline and have spent (lost) my fair amount of time (life) in WoW. For this reason I have always been very curious about TRPGs, I mean… how could you possibly play wow with a grid, paper and dice? How can you play with your team, different individuals, in an imaginary environment which you don’t see. I supposed it would be fun since it was so famous and people still played it. But it’s much more than just fun. If you never tried it, you would be amazed by how well your brain does mapping squares in a grid to magnificent landscapes and moving toy miniatures to Epic Battles.

D&D has taught me some valuable lessons about game/level design, balancing and possibilities, like no other course or game would. In a way it helped me decompose a bunch of aspects in games like range/speed, time/turns and probabilities…

We are currently at level 7 dealing tons of damages, but it’s clear to see the path we’ve came from, how the damage and all other abilities scaled up and why.

Even though I have little to no free time, with all the assignments being thrown at us, D&D allows me to take a break and escape to the Eithel-tol islands for a few hours every week. It’s as refreshing as it is inspiring.

It’s even more AWESOME because of our awesome team. Even though we had already about 4 casualties… we always managed to revive them, fortunately. The group makes everything even cooler, and all our personalities really add up to the game itself.

Kako, the Cleric: NPC played by our Dungeon Master.

Serena, the Wizard: Super smart and always saving our lives.

Fulvus, the Bard: Wears a weird hat… and likes engaging in loooong conversations with the NPCs (I don’t blame him, our DM makes them very interesting).

Slab, the Barbarian: Tough as a rock… and has a rock for a brain. Headbutts everything and as a result is always dead or unconscious.

Bin, the Rogue: Once tried to pick pocket the cleric who had just REVIVED him. ~Facepalm~

Attah, the Ranger: Always rolls 20 when it doesn’t matter. Seriously. My dice are cursed. 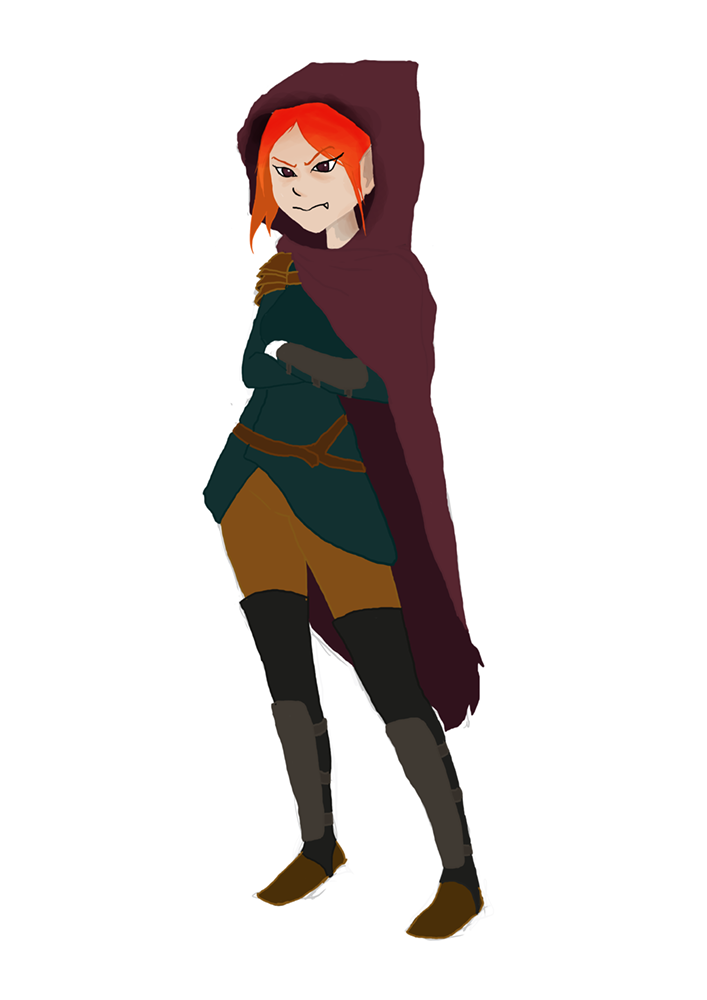 Andreia Goncalves is a student in the Programming for Games, Web and Mobile course at VFS, and a winner of the Women in Games scholarship